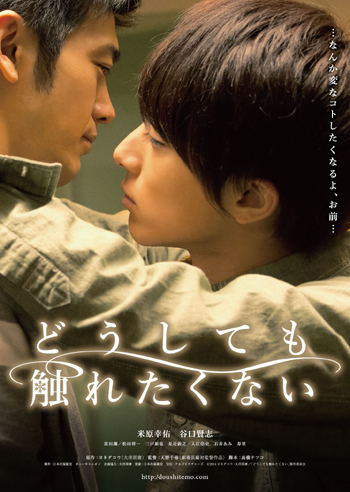 Title: どうしても触れたくない (Doushitemo Furetakunai)
Also known as: No Touching at All
﻿Plot:﻿
On the first day of Shima’s new job he met a man with a hangover in the elevator. That was his first meeting with his new boss, Togawa. Though Togawa seemed rude and cross, Shima was drawn to the kindness beneath his rough facade. Both men harbor a painful past but unlike Togawa, who was open with his feelings, Shima seems unable to move on.